While teaching a class that started at Grand Central Station and ended at Times Square I had one camera and one lens, a 16-35. Did not imagine I’d be doing any portraits. Even though the 16-35 is not a portrait lens, this is an environmental portrait of a gentleman from London. That’s my story and I’m sticking to it. 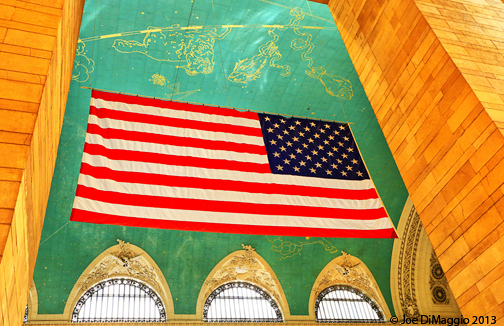 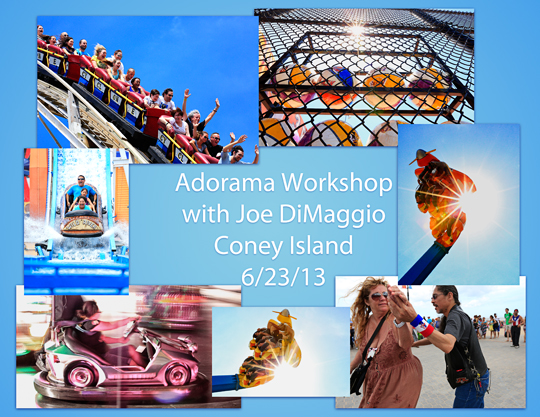 To all the ships at sea, I have an assignment today; no other words. 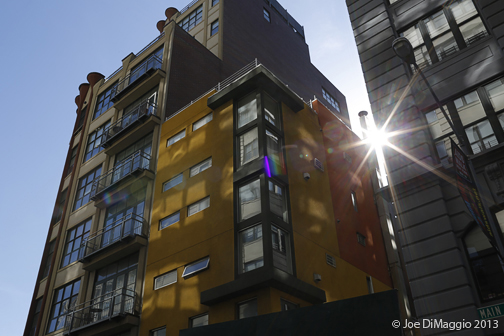 A quarter of a century ago, you couldn’t walk the streets of Dumbo unless you had an armed guard. It has now become one of the most chicy-chic places in the metropolitan area. Multi-million dollar construction— oops, I used the wrong word. I used the m word when I should have used the b word.  What a great place to make photographs. Join JoAnne and myself on the late afternoon/early evening of Thursday June 13th from 4-9. Check it out on the Adorama Workshop site. It’s all good, it’s all great, it’s all magic. One opening left for the rodeo workshop. 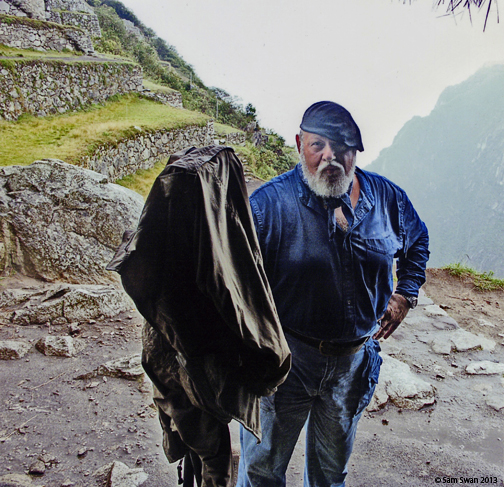 Anyone who’s been to any of my workshops or lectures knows that I always demand pre-production. Our ability to do as much research as possible so we’re able to execute the best possible photograph with the least amount of Murphy-ism (Murphy-ism; whatever can go wrong, will go wrong) is absolutely critical. Machu Picchu is one of the most spiritual places I’ve ever had an opportunity to visit and photograph. I took a very large class of over twenty students there for the mentor series, which worked out great for me because it was on my bucket list. Despite all the preparation, pre-production, and research, I still managed to get altitude sickness. The best way to describe altitude sickness is it makes seasickness feel like a mild pinprick on your index finger. I’m pretty sure it was the worst feeling I’ve ever had; I never want to do that again. I did not properly acclimate in Cusco at 11,000 feet. Coca tea, oxygen, and coca leaves become your best friends.

PS, always visit a doctor before you take this kind of a trip. There are some simple medicines that could have prevented this from happening, and I chose not to take them. I try to keep my drug intake to one baby Aspirin, two Aleve, and one martini.

PPS, notice the rain cover for my camera.

Hi to all the ships at sea,

Hi guys, we have a very special day coming up-it is February 17th. It’s the celebration of, the year of the snake, the Chinese New Year. Chinese New Year holds a special place in my heart. That’s the first date I had with JoAnne-so it’s officially and unofficially our anniversary. If you’ve never celebrated the Chinese New Year before or photographed it-it’s just awesome and so much fun. Come join us-see the link for Adorama.

To All The Ships At Sea

One of the great advantages of being a photographer is travel. I’ve been blessed because over my career I’ve been around the world twice and am now working on the third time. Many of my assignments revolved around sports and action. With all the assignments and travel, I had never photographed a rodeo until last week.It was my first. While shooting, an official came over and was kind enough to give me insight on who, what, and where the action would be taking place and for how long. I looked at him and said you do understand this is not my first rodeo and then realized what I had said and immediately corrected myself. Utilizing this cowboy’s thirty years of doing rodeo helped me make a better photograph with less mistakes.  This is what I call important pre-production. I make it my business to  seek out the elder of the village whether it’s in Botswana, Palermo or Utah. Do your research and seek out whatever help you can get to make your work better. Keeping your mind open to learn and trying knew things is important and it’s what makes the world go round.  The DiMaggio/Kalish Learning Center will be doing two professional rodeo workshops this year and they will be awesome. 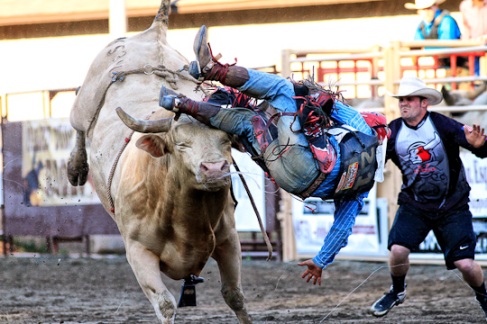 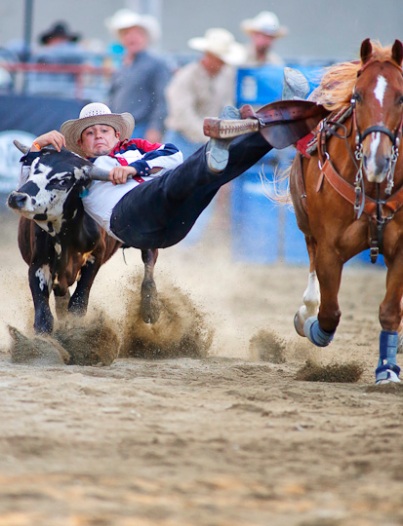 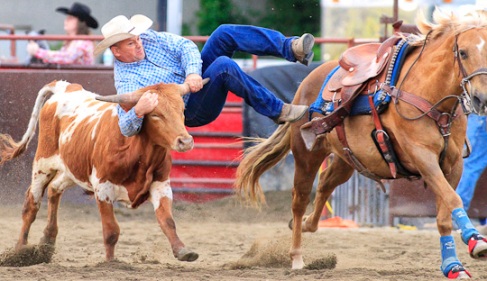 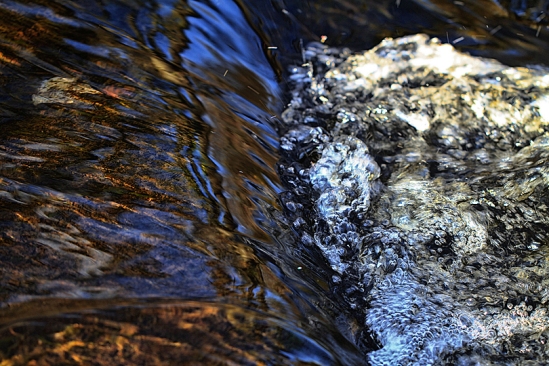 Back in the day when I shot Leica, and used TriX and modified my carriers so you can print absolutely the whole negative with no cropping everything had to be done in camera.  I studied the zone system for years and effectively was unable to use it because I stopped shooting 4×5.  I one time watched Gene Smith, spend three hours making one 8×10.  On my best day in the darkroom my best print on a scale of 1-10 would be a 2.25. I did better with Cibachrome.  I was able to print Cibachrome and do a reasonable job.  When the world threw me a huge curve ball and digital photography became the answer to everything, I was caught with my proverbial down because I thought I was an elitist there was no way I would go digital.  I held out as long as I could and like a reformed alcoholic,  I scream the praises of digital today.  On or about the same time there was photoshop 1 or 2 Anybody who knows me knows I have the utmost respect for the Adobe programs but because of the way I shoot and the number of hours I work, I was not going to attempt to become proficient with photoshop. Maybe it’s a cop-out but I don’t think so.  I have interns and assistants that are extremely capable in the program.  I tell most of the students that 99% are only cleaned.  I very rarely attempt to make major changes in my images.  I go back to the old school.
Well, now I’m ready to move into the last part of my career as a fine art photographer, a filmmaker and director and Nik comes along and makes me crazy. I finally got the programs installed and decided to play with one digital scan.  That was at 8:30 in the evening. By 3:30 in the morning I had tested all of the software and was starting to bleed from my eyes. While bleeding I had a  huge smile smile on my face.  I was like 14 all over again – my first day in a darkroom. These programs are absolutely awesome. They are simple, straight forward and easy to use and even an idiot like me can make them work.  I don’t impress easy but I’m impressed.
Thanks
Joe DiMaggio
All Photos ©2011 Joe DiMaggio All Rights Reserved 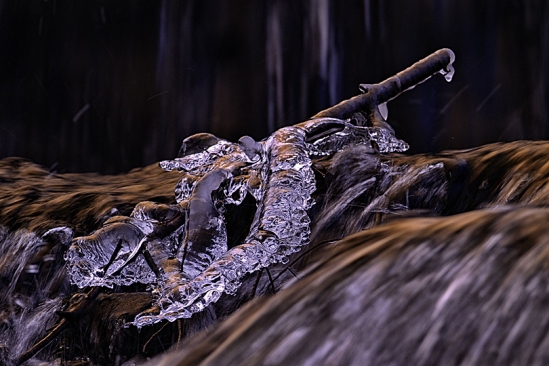 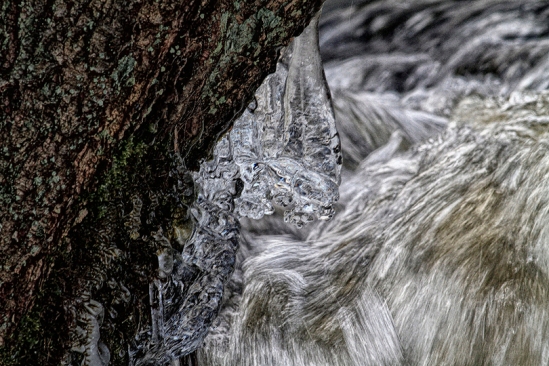 To all the ships at Sea,

Our six-week lecture tour took us from Greece to Monte Carlo, back to Croatia, Malta, Istanbul, France, Italy, etc.  Both JoAnne and I had the pleasure of lecturing and in-the-field shooting with students all over the world. More to follow at a later date. 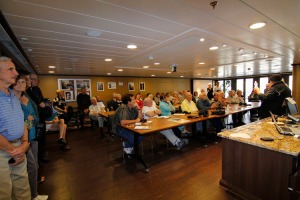 Recreation of X-Ray
Suffice to say as you travel through life, a myriad of things are going to change. In the 60’s, they changed radically but not that quickly. In the 70’s, they skipped along, but again there wasn’t that much urgency. In the 80’s, I think we fell asleep – I’m not sure. Most of it was a blur. Hmm… could have something to do with – oh, never mind. Then along came the 90’s and I don’t know who it was, maybe it was 3, 4, or 5 people from silicon valley that decided to inject our eyes, ears, and noses with the most advanced super-amphetamines that were available. We all took off on a light speed adventure with no brakes. Well, here we are in 2011 and every once in a while I feel like I’m on the world’s largest Mercedes Grand Touring Bus, alone, sitting in the last large seat by the lavatory and the bus is made of paper mache. I can’t see the driver,  but we’re on the Monte Carlo Formula One Street Circuit. I’m not wearing a seatbelt, and am being bounced up, down, left, and right like a cue ball in a maze with zero control. Right about now many of you are wondering, where the hell is he going? Hey guys, I ask myself that at least 20 or 30 times a day.
Sunday was a normal workshop day. I went to sleep the night before at 10PM, got up at 4AM, was on the road by 6AM, got to Battery Park at 7:30AM, met with the group at 8AM, tickets by 8:30AM. I remember one of the last things I said was “Let’s try and stay together until we get to Liberty Island.” I was 6 people behind John and there were 3 or 4 people of age between him and I. So, I made an executive decision not to be a bull in the china shop and wait my turn. As I approached the security line, I darted right to get behind John. A security gentleman, approximately 5 feet tall, said to me “GO ON THIS LINE!” I said, “Sir, my class…”. He said “I’m not going to tell you again, go on this line.” I went on the line. Approximately 7 of the 8 lines were moving rapidly. My line didn’t move a millimeter in 15 to 20 minutes. At this point, I should mention to you that I had no jewelry shoes or belt on, no wallet, no cellphone, no camera, & no keys on me. For all intensive purposes, I was naked but clothed. My wallet was open to a laminated card to inform security that I had 2 titanium hips. The card was issued by the New York Hospital for Special Surgery. When I finally arrived to go through my screening, I asked the young lady to look at the card she said “No, we don’t have to.” I also carry a letter with large type from the Doctor for security checks concerning my hips and offered it to her and she said “No, we don’t need to look at that either. Just go through the screening.” I said that the machine was going to go crazy. She insisted I move to the duct-tape mark on the floor, which I did.

Every once in a while you come across a very special person. One of my student’s Ann Raine, has had an extremely versatile career. Her travels have taken her all over the world. She’s as comfortable in a high level meeting with a Fortune 500 Company as she is making environmental portraits on the streets of NYC. I’ve recently asked Anne to become one of the the new board members for our DiMaggio/Kalish Photographic Retreats, along with Brian Struble and Larry Malang.