Over the weekend I had the pleasure of taking a small, elite group of photographers to the rodeo for a sports and action workshop, which always involves environmental portraits. It started in the learning center, and after an hour of multimedia shows we went off to the ranch, and the weather was gorgeous. Then along came Murphy. The rain was so hard, they postponed the event by an hour and 15 minutes. While students were hiding in my automobile, I decided to put them in one of the barns. Barbara made this wonderful photograph while waiting for the rain to stop. For me, watching another photographer constantly looking and communicating with, in this case the cowboys, the wranglers, the owners, etc, is great. And the icing on the cake is one fine photograph.  Here’s an email that I received from Barbara;

“I had a great time and also have many dreadful images. Interesting how the color of the light changed as the riders moved around the ring.

I think that my favorite was the man in the barn doorway. I have several with wonderful light. These are almost untouched, except for black and white in Lightroom”

To all the ships at sea, if there’s one thing I’ve learned in my years as a photographer and  filmmaker, it’s that I don’t have all the answers. Hopefully, I’m smart enough to go to the people that do have the answers. Peter Poremba, the CEO, president, and senior electrical engineer of Dynalite was kind enough to go to Malibu on two separate occasions, and with the minimum amount of equipment he was able to light 30% of the arena: just one light and one power pack (if it was for SI, he would have brought in six power packs and eight lights). The combination of the electronic flash and the hypersync on my Canon 7D and Peter’s Nikon D7000 made for some photos that could not be taken back in the day. Some of the other photos in this blog I threw in just because I wanted to, will have a follow up. 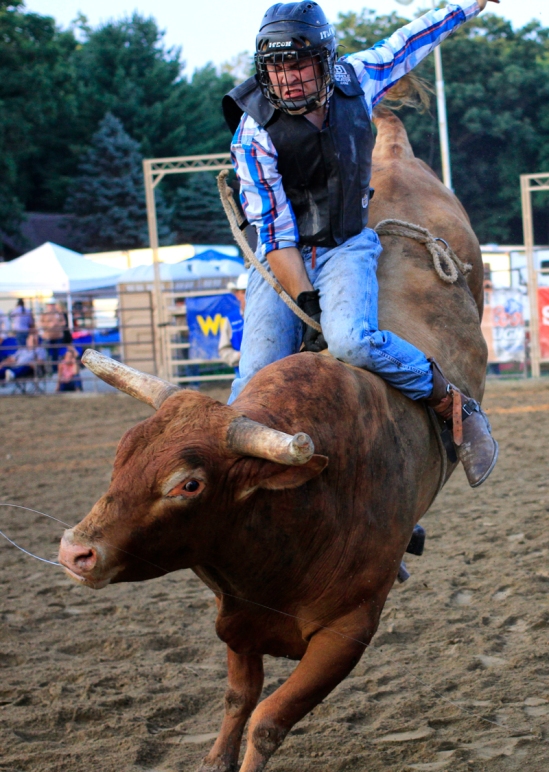