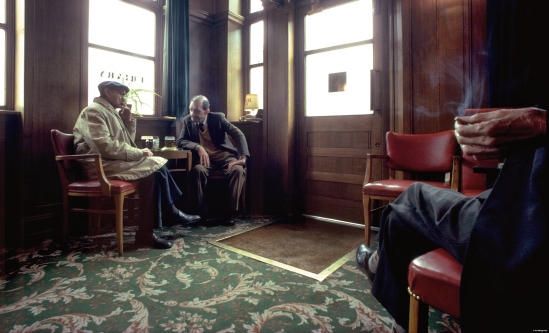 To all the ships at sea; we’ve been working on the third and final edit of my book. The problem is, we have five different titles. Maybe in the next 20 years I’ll become decisive, who knows? While looking for an illustration of a London pub, I found an old kodachrome 200, shot on  a Nikon f2 with a 15mm 5.6 lens, at 1/30 of a second, wide open,  handheld. Hollywood spends an awful lot of money smoking a set to get this type of effect. The smoke may not be good for you, but it’s beautiful on film. Smoke and back lighting; it doesn’t get better than that. Go out and make some great photos. It’s all good. Joe D.

2 responses to “Days of Future Past”