To All The Ships At Sea

To be honest I had no idea I was going to write yesterday’s blog and I really had no idea I was going to write today’s blog. At approximately 1:30 last night, still transferring files from the old hard drives to the Wiebetech RTX, I stumbled across one of JoAnne’s files marked “Roy Scheider”. I opened it and there was a photo of Roy and myself in his home. When I looked at the photo I realized the tooth I’m wearing is from the 3427 lb Great White from yesterday’s blog. Talk about a coincidence. You can’t make this stuff up!

There have been very few times in my career, where everything was in perfect alignment and the timing was perfect and the decision was made, and that decision could not have been better. In pre-production for the Discovery Documentary on White Sharks, I wanted to interview Roy Scheider, because of his starring role in “Jaws”. Roy and I had met many years before and it was a natural fit. After talking to him on the phone, I made the decision not to interview him, but to have him do all of the narration for the film.

To this day I cannot watch the film, but I can still listen to it. He is the best part of that film. I consider Roy one of the all time great actors.

There are very few actors that have the ability to go from playing “Cloudy” in “The French Connection” to Joe Gideon in “All That Jazz”. Roy was a master artist and an amazing talent. He will be missed… 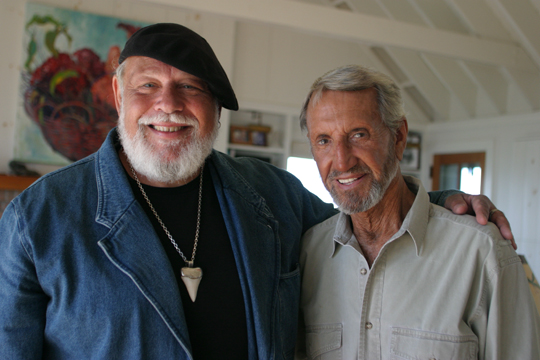