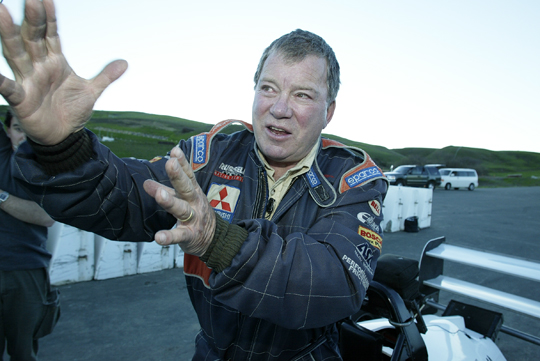 Every time I have an opportunity to introduce Bill whether it be one of my TV shows or one of the pilots, I love to just introduce him as The Great Bill Shatner. I do that because he is not only a great actor, a wonderful director, an extremely compassionate man, a dedicated philanthropist and probably the most avid reader I’ve ever met.

He is genuinely one of the busiest people in all of Hollywood. Oops, Studio City. But Bill is one other thing, he will take time out of his busy schedule and write an old friend. Charles Rudnick and I are not only close friends, but we’ve worked together on a myriad of projects over the last 25 years. Charles is a brilliant film maker,  great talent, has a beautiful family, and also stage four bladder cancer, WHICH HE WILL BEAT! I guess from now on I’ll have to introduce Bill as the Sweet Bill Shatner. JoAnne reminds me this blog is supposed to be about photography and film making. That’s true but Bill and his lovely wife Liz are both photographers and film makers, Charles is a photographer and film maker. They’ve both taught me a lot about communication and how to take an idea and put it on a piece of film.

Shatner wrote to my friend Charles:

“I hear you are one tough son of a bitch. Joe DiMaggio told me that, so it must be true. As Admiral Halsey said “attack, attack, attack” and that’s what you seem to be doing with your treatment. Good for you. I wish you well and will look forward to hearing about your next Olympics.”

Thank you for sending your good wishes…it does mean a lot to me.  With cancer the cure is in a large way tougher than the disease.  Your Admiral Halsey was very appropriate.  I admire your grasp of history.  I am looking  forward to seeing your documentary The Captains.

I finished my first round of chemo and now have daily radiation where I’m zapped with gamma rays for 7 weeks.  I get pretty wiped out. 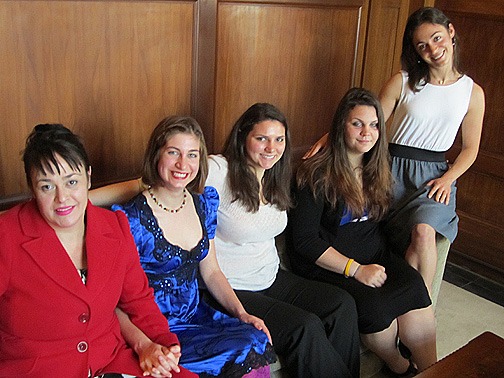 I have great doctors and they  are optimistic.  My family, friends and co-workers have been rallying and especially  my wife Carmen and my girls (picture of my girls enclosed). Daughters come in real handy. My best to you and Liz and your family, Charles”