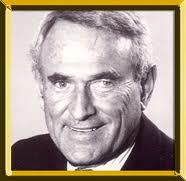 ibhoff.com
Somewhere around 1969 I went to my father and asked him how I could get in touch with Jerry Quarry.  My father laughed and said, “you have to be kidding Gil Clancy of course.” I asked if he knew Gil and he said, “know him? – we went to NYU  together and worked at the P.A.L.”
Gil Clancy was the first trainer to allow me first access to a training camp which was Jerry Quarry’s camp.  Suffice to say, it was one helluva education. I know I tend to use cliches. Sorry but they don’t make them like him anymore. He was a great athlete and trainer. His absolute honesty prevailed. He never took advantage of any boxer and was a true gentleman. The boxing brotherhood has lost another Hall of Famer.  Talk about irony, you can’t make this stuff up. April 1, 1961 My grandfather took me to the first Emile Griffith “Benny Kid Paret” Fight in Madison Square Garden.  Yes, to all to all the ships at sea, that was half a century ago.