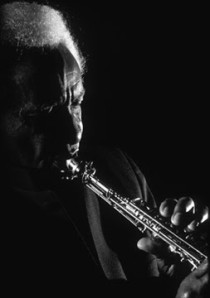 Many of my friends know I have had a love affair with film for the last thirty plus years. Twenty years ago, I walked into a cocktail party with approximately 150 people. Out of the 150 people I could only see one; just one. It was one of the most amazing experiences I have ever had. I worked my way through the crowd of martinis, and white wine to get to a gentleman who was drinking a cup of coffee; two creams, two sugars. His name is Hugh Brodie. If you don’t know the name you may know the music. His cousin was Ella Fitzgerald. He was brought up in the south with a saxophone in one hand a painter’s brush in the other. Half Cherokee and half African American; he’s got to be cool. Approximately six or seven years ago, my son Dylan did a short film on Brodie which came in first place in the Black Bear Film Festival. It actually opened the Black Bear Film Festival. Subsequently, Dylan and I have been collaborating on a feature film. The working title is “The Life and Times of Hugh Brodie.” Another possible title is “The Black Cowboy.” Many people have complimented me on some of my photographs of Brodie and I try to explain to them that I have very little to do with the particular photograph. Brodie is so magnificent, so beautiful, so honest, straightforward and sincere. It’s F8 and show up. Okay maybe it’s F2.8 and show up. We are now in the process of cutting and scoring the film. The great editor Victor Goretsky will be doing the editing and the scoring will obviously be Hugh Brodie. We’re looking forward to having it wrap somewhere in the fall of 2010 maybe earlier. Photo ©Joe DiMaggio